If you want to put out a trap to catch a swarm of bees in, then our 8 frame swarm catching special is the hive that you need! To use as a swarm catcher, simply place the hive on a pallet or on cement blocks wherever you would like to permanently keep the hive - there is no need to place the box up high in a tree. The heavy wax coating on the plastic foundation of the frames will lure the scout bees right to the hive, and in turn, the scout bees will bring the swarm right to the box. As an added bonus, wax moths and other creatures are unable to damage the plastic foundation in the frames, unlike beeswax foundation. 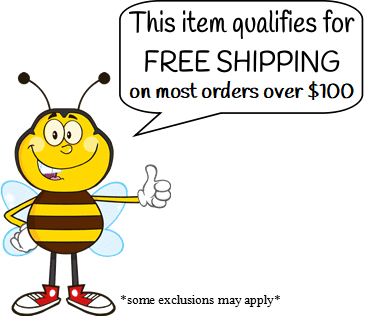